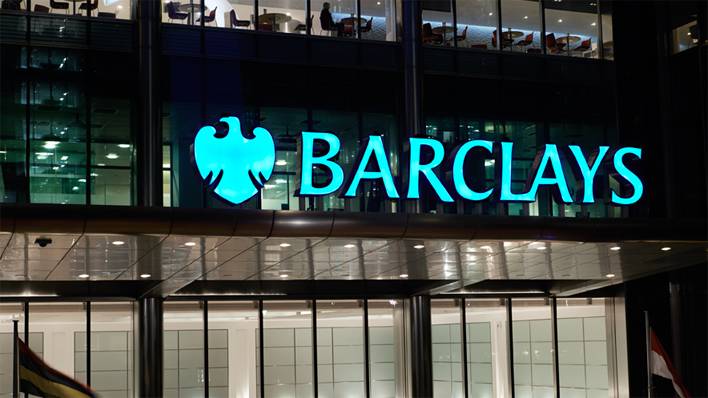 Tech companies are trusted more than banks – so why shouldn’t Apple or Google manage your digital wallet?

ALONG with Barclays’ profits figures comes news that the bank will have to cut between 10,000 and 12,000 jobs this year, of which 7,000 will be in the UK. While Barclays is still reeling from the £290m fine for fiddling with the Libor rate, the job cuts raise the spectre of a world in which banks no longer dominate the financial sphere as they do today.

Recently I had a conversation with Peter Merrens, strategy board member at Cisco, which rather shocked me. He laid out for me a vision of a world without banks.

“There’s only one product that the bank sells that you have to buy from a bank in the US and Europe – that’s a current account,” he said. Everything else, if you have time to shop around, you’re probably better off buying from someone else.

The more I thought about what he’d said, the more it rang true.  Home mortgages and insurance can be recommended by specialist brokers. MoneySuperMarket.com can find you not only the best suppliers of travel, pet and mobile phone insurance, but ISAs and loans. Most of those suppliers aren’t banks.

And if the bank has said no to your request for investment or a loan – well, you’re almost spoiled for choice. Just look at the growth of crowd-funding sites Indiegogo, Kickstarter, Kiva and Zopa. The point is that they aren’t just for entrepreneurs.

When I interviewed Slava Rubin, CEO and co-founder of Indiegogo in Davos last month, he told me the story of the couple who crowdfunded their baby (they needed $5,000 for IVF treatment) through his site.  Don’t want to borrow from strangers? Check out Agree It which lets you reach out to your Facebook friends when you’re looking for cash, either as a loan or investment.

Of course, your money has to “live” somewhere. At the moment, if I want to pay a bill or buy something on Amazon, or invest in an entrepreneur, my money will still come from my bank. But need that be the case?

Mastercard, backed by mobile phone companies Vodafone, EE and O2 announced last week that it is developing a contactless mobile payments system using smartphones. They’re not considering cutting the banks out in their development of Weve, but do they really need banks?  And might they be better off without them?

According to the last Edelman Trust Barometer, banks and financial institutions were the least trusted global institutions. And who were the most trusted? Technology and consumer electronics companies.  Is it crazy to think that Apple or Google might manage a digital wallet for you?

Peter Merrens doesn’t think it’s mad. “If you have more than £1,000, there are plenty of companies that would like to look after that money for you. If you’ve got less than £1,000, your mobile phone company could probably do it. In fact, it doesn’t even need to hold it in cash.”  Assuming their shares are liquid enough, you can pay the majority of your bills directly from your computer or phone, cutting out the bank entirely.

Still sounds crazy? Think about what’s holding you to your bank. In my case it’s my relationship manager Emma who earned my undying devotion by steering the ship for my family when our bank account was hacked the day we exchanged on our house.

But were Emma to leave, I’d consider leaving too. Most people don’t leave their bank because it is so complicated to reorganise standing orders and direct debits. But now that it’s getting a lot easier to switch, we can assume that many of the 65 per cent of people who are unhappy with their current bank are going to be looking around for a replacement.

Still sounds crazy? I recently switched from using my Starbucks prepaid debit card to paying directly from my phone from the Starbucks app. I got to thinking, would I trust Starbucks with the money I spend with them over the year 12 months in advance? In exchange for some premium treatment or free coffees, I just might. And that prospect has to be scary for the banks.