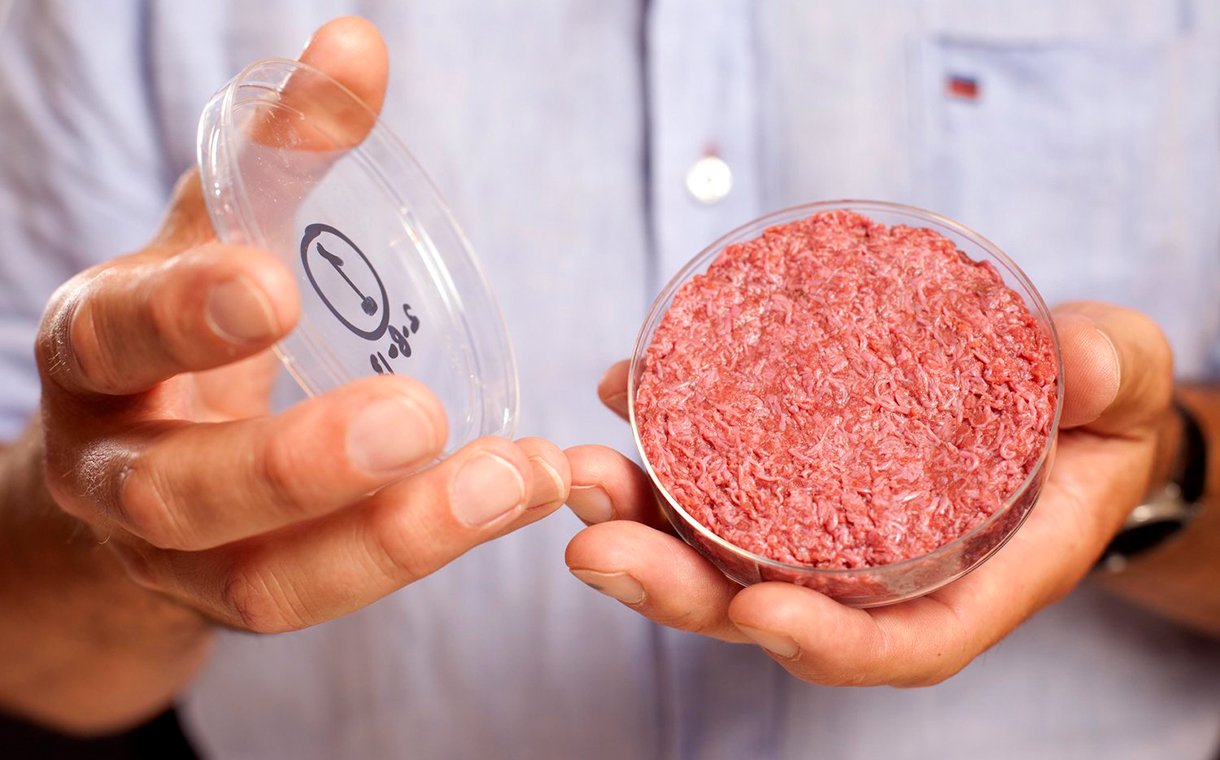 Every once in awhile, I give in and have a steak. A lot less than I used to, but sometimes I end up feeling like Alex the Lion in Madagascar. I just can’t help myself.

I’m well aware of the overwhelming evidence that eating cows is rubbish for my carbon output. Yet 100% giving up meat and dairy products isn’t something that appeals to everyone. Personally I still can’t get even my head around oat milk.

To be fair a lot of the soya/microprotein/pea based ‘mock meats’ of recent years have gone a long way to ape burgers and sausages with startups in the US like Impossible Foods and Beyond Meat and in the UK like Moving Mountains, and of course Quorn – which my daughter loves – and Linda McCartney Foods becoming big businesses in the process.

Yet for me their output simply isn’t (yet) meaty enough.

One development that interests me is lab grown meat which takes animal DNA and then creates something that looks and tastes like meat and has its succulent texture.

I have lived in the UK long enough to remember the discussions about genetically modified crops back in the 90s.

Yet its champions claim that once they get lab grown meat right, it will be a true replacement for meat, will be scalable so available across the globe, and in theory could mean that the requirement for animal based meat is significantly reduced which will be good news for the environment.

If this all sounds like something in the future think again.

In recent years, high-profile start-ups such as Mosa Meat and Memphis Meats have completed significant funding rounds as they seek to create lab cultured meat-style products.  Dutch company Mosa Meat unveiled its first lab grown burger back in 2013. It cost around £30k. Things have moved on now and the company believes that its its cultured meat could be commercially available in restaurants as soon as 2021 costing around $11 per (£8.50) per hamburger.

So what do cultured meat products taste like? One of the challenges is that while some lab-grown meat experiments have achieved the consistency and taste of products such as sausages and burgers, getting the ‘mouth feel’ right for firmer, highly textured animal products such as steak has proved much trickier.

Until now… A breakthrough by researchers at the Harvard John A Paulson School of Engineering and Applied Sciences (SEAS) could bring the days of lab-cultured steak that little bit closer. According to research published in npj Science of Food the Harvard team has grown rabbit and cow muscle cells on edible gelatin scaffolds. They claim this is a significant breakthrough in delivering an analogue that has the texture and consistency of meat. A vegan-friendly version, which uses scaffolding from other edible molecules, was also trialled and successfully implemented.

The scientists succeeded by using an immersion rotary jet spinner — a bit like a candy floss maker — to enable gelatin fibres to form the base for growing the cells. The team then seeded the fibres with rabbit and cow muscle cells, which anchored to the gelatin and grew in long, thin structures, similar to real meat.

“There’s a lot more work to do,” admitted study author Luke MacQueen of Harvard. “The meat texture has yet to be fully recreated.”

As for the taste — well lab etiquette and food safety issues meant that the scientists could only prod their results, not eat it for lunch.

So will you eat lab processed meat? One interesting point is that it could be even healthier than meat as companies could add vitamins and minerals to the mix. You can also likely adjust the amount fat too. Could you create a

Fundamentally, I will, if I trust the company making the meat.  I believe trust is the defining issue of our age.  Transparency, honesty and openness about how the science develops will be vital in gaining acceptance.

Of course lab-grown meat doesn’t let you off the hook health-wise. As my go-to health blog the Mayo Clinic says, cutting down on red meat has multiple positive benefits.

Still, I hope to – occasionally – tuck into a lab-grown fillet steak.