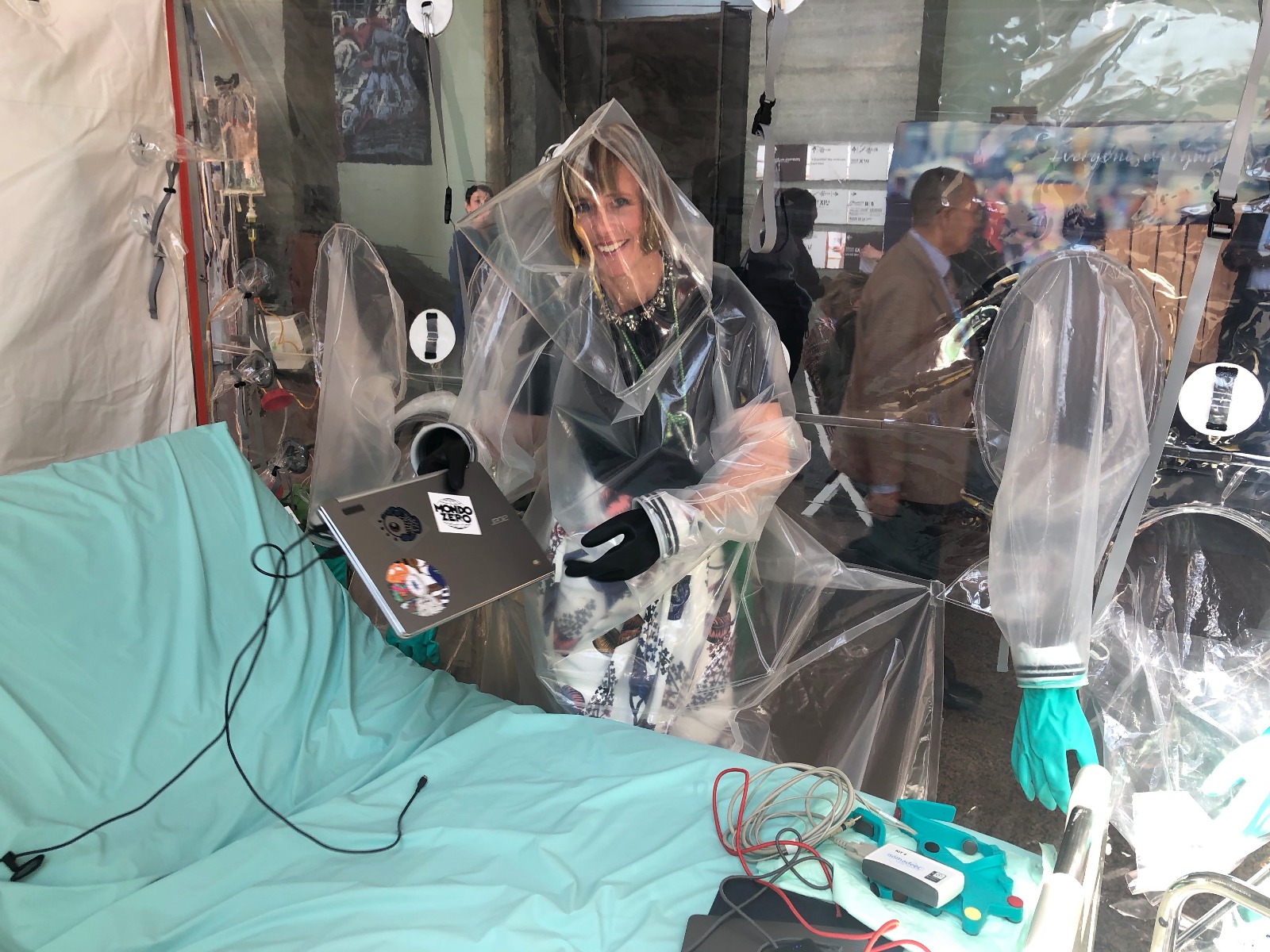 I recently spent some time at the 72nd World Health Assembly in Geneva mainly recording interviews which will be shown this summer on CNBC via UNSDG Health Partnership – powered by Global GoalsCast. I also picked up a lot of ideas which I have a sneaking suspicion may well feature on future Global GoalsCast episodes and Hub Culture interviews.

The event itself features government ministers, academics and medical influencers from across the globe converging on Geneva to report on the progress of the last year and plan for the future.

I felt two overwhelming feelings. Firstly that in spite of the negativity we hear about both developed and developing countries, there really is no better time to be alive than now. Global lifespans increased by an incredible five years between 2000 and 2015, rising to an average of 71.4 years. In Africa, dramatic improvements in healthcare have meant that the average human has been granted an extra decade of life since the year 2000. The number of children dying before their fifth birthday has declined by 56 per cent.

Yet at the same time there is still a very long way to go. As if combating Malaria, Ebola and TB wasn’t enough, health ministers are increasingly having to cope with the rise of non-communicable diseases like cancer, diabetes and cardiac disease which are largely the results of poverty, a lack of education and lifestyle choices. At the same time climate change is beginning to have a very real impact and is already exacerbating problems for health ministers in certain parts of the globe.

1 There is a real drive to do things differently

You have to salute the ambition. Peter Sands, Executive Director of the Global Fund to fight AIDS, Tuberculosis and Malaria, is pushing for a lot more money to tackle the issues the world’s poorest governments face right now. He has asked for 14 billion dollars at least invested in the global fund, with a further 46 billion coming from governments.

The issues facing low income countries around communicable diseases are tough. So the Global Fund is focusing on targeting people who are hard to get to. So in in Africa that means men who have sex with men, prisoners, drug users, sex workers etc as they seek to combat the spread of HIV. There’s a gender aspect at play here too with nearly 1000 young women and girls infected with HIV every day –  far more than men.

They are also trying to deal with TB and are having to cope with a drug resistant strain of TB which is a massive threat and is actually more contagious than Ebola.

There have been successes though. For example, we appear to be winning the battle against Malaria. Uzbekistan was recently declared malaria free. However, as I learnt at the event, mosquitoes don’t respect borders.  It is not right to declare somewhere malaria free in perpetuity as the mosquitos can fly back from countries where it is still endemic, so we need to be vigilant.

One of the most interesting, and perhaps saddest conversations I had at  the 72nd World Health Assembly was with the Fijian Health Minister Dr. Ifereimi Waqainabete. He spoke about how climate change is already having a massive impact on his region and is creating many problems for him and his team.

He said that in other small island nations near him, Dengue Fever, which used to last a couple of months at a time, now lasts two years as climate change has brought more rain and flooding and extended its time.

“It’s the biggest battle of our time,” he told me. And his government are taking many steps to combat its effects. Fiji was the first country in the world to ratify the Paris Agreement on climate change. People have suffered cyclones, floods, droughts, lost homes, schools or crops to rising seas and storms. The poor and vulnerable are always the most affected has a deep toll on women and girls.They are trying to help the most vulnerable people.  They are also embracing innovative methods of funding – Fiji recently issued a sovereign green bond.

Another fascinating and highly emotional interview was with Princess Dina Mired of Jordan. She shared her personal story about her son who developed Leukemia and she had to take him to the UK and US for treatment as there was no cancer care in Jordan at the time. The strain of Leukemia he developed has cure rates of over 90% in the developed world. Inspired by his recovery Princess Dina is now on a mission to make cancer treatment available to everyone. She told me that 80 percent of cancer deaths worldwide are going to be in the developing world and that we need to act now to prevent this.

At the 72nd World Health Assembly a lot of delegates spoke of the rise of non-communicable diseases, jargon for cancer, respiratory illness, cardiac issues etc. These are invariably caused by increased smoking, bad diet – fat and sugar etc.  Princess Dina is adamant though that we should not be blaming individuals, but rather looking at the tobacco companies who seek to hook the young.

4 We have learnt lessons from Ebola

One of the most impressive things I saw at the event was the CUBE – a new way of treating Ebola. Up until recently treating Ebola meant that doctors and medical staff needed to be in space-suit like protective clothing to prevent them for contracting the virus and they had to being complete isolation from family while they were contagious. The CUBE is a contraption that creates a chamber for an individual patient and is made up of four plastic, see-through walls. One of the walls is fitted with plastic glove-like inserts, meaning the health workers no longer have to put on and take off the cumbersome protective clothing for routine operations, substantially cutting the risk of exposure and contamination and reducing the need for more staff to treat patients.

This has two key benefits – a doctor can operate much faster and more efficiently in a CUBEs, which can be deployed in 48 hours and are easily moved. Even with remote monitoring it can be hard to see how a patient’s condition might be deteriorating without visual contact which the CUBE provides.

Secondly there is less isolation for the patients who had previously been lying in isolation rooms for weeks without any human contact. For kids that is horrific. Through the CUBE you can see / hug and talk – mental health matters!

Interestingly, some of the innovations in treating Ebola have been taken up by medical staff in the developed world, such as a Bluetooth based portable MRI scanner. The CUBE is not just for Ebola – it can be used to treat any contagious disease and indeed could be an emergency treatment room – keeping patients safe from infection from the outside world while still allowing them to interact with it.

5 Even health ministers need to watch their health.

One of the oddities of the event was that after a day spent talking about encouraging healthy lifestyles, we would wake to breakfast and be greeted by a very choice of croissants/pain au chocolat, sugar cereals, tinned fruit cocktail and various processed meats. I ate a lot of Bircher Muesli and bananas – delicious but after five days I was ready for something different.  It would be great to see an appreciation of what healthy choices mean next time.

It also struck me that a surprising number of the health officials aren’t always following their own advice. Way too many people I met smelt of cigarette smoke or had just finished lunch of a Coke and a Twix. It’s all very well encouraging your country’s population to take up healthy habits, but you need to make the effort to do it yourself! I’d like to think that one day the World Health Assembly would be a smoke-free and sugar-light zone.