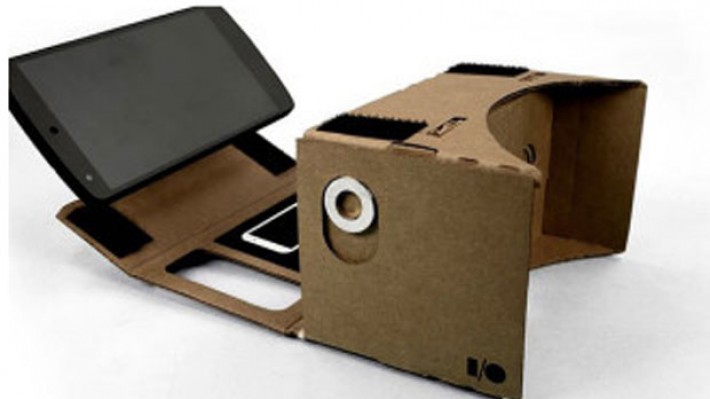 Blurring the distinction between the real and virtual worlds: Google takes another step down the road

One of the things I’ve admired most about Google as an employer is its 20 per cent rule: it allows and encourages its employees to spend 20 per cent of their time on projects that don’t align with their normal job spec.

Sometimes these projects end up in commercial and industry success. Gmail started out as a 20 per cent project when Google was known more as a search engine than a global technology giant.

The latest poster child of the 20 per cent rule is Google Cardboard – a Virtual Reality (VR) headset made out of – yes – cardboard.

Google gave a $2 cardboard VR headset kit to all of the developers attending its annual developer conference a few days ago. It came as a DIY flat pack with a pair of fish-eye lenses, magnets, a rubber band and some Velcro snaps.

Those not lucky enough to attend the conference can download the instructions to make them: Google suggests “a large pizza box” is a useful size to use to make your modern- day View-Master (remember those?). Or for the lazy or X-Acto-knife-challenged, people who will make the headset for you are already offeringtheir services on the web.