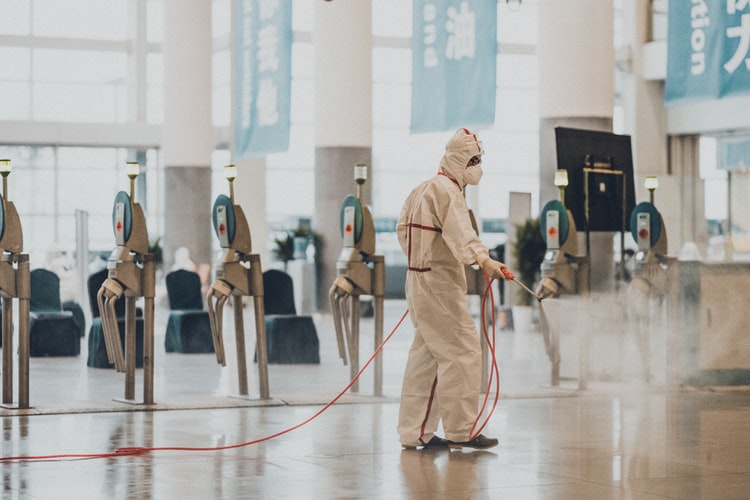 How do we come back from this?

Not since World War II has so much of the world been so shattered by a single global event. How do we recover? And after that, how do we build back?

Covid-19 and the lockdown has been challenging for everyone, including me. One aspect of the weird duology – of holding both the horrific and the positive in my mind at the same time – is that it has helped me crystalise what is important and what I can live without. In the not-too-distant future we will all be asking ourselves what we are prepared to sacrifice to ensure a better, fairer and more just world.

Now that pollution levels have dropped across our skies and cities, how can we lock this in through less work travel, more online meetings and cleaner forms of transport?  Are we ready to accept tax hikes to pay for a revamped health service ready for any future pandemic, or even for universal basic income to address poverty?

What lessons can we learn from others who have experienced this trauma and come out the other side?

Some of these stories will be shared on the next Global GoalsCast podcast coming later this week, where Claudia and I will look at recovery from a number of different perspectives.

I do love Noam Shuster – the  Israeli comic who appeared on the podcast last year in our episode on how comedy can demolish stereotypes.

A lot has happened to her since then. Covid-19 didn’t only just curtail her touring plans but it also ended up hospitalising her. When she was released she ended up in a bizarre place called the Corona Hotel, where those who have had the disease go to recover.

She was sharing her space with a remarkably diverse community including ultra-Orthodox and secular Jews as well as Arabs from all walks of life.

“And we were operating in a way that is detached from the power dynamics that exist outside of the hotel. And all my political knowledge and awareness just went to the garbage. I was experiencing and witnessing, you know, radical compassion and something that I haven’t seen before with people. And I’m like,why do we have to go through a global pandemic for us… for me… to see these, these things?”

So recovery for Noam is to replicate the warmth and unity she experienced inside her hotel.

“For me, recovery would be about storytelling, about telling people the good things that I saw and also highlighting the challenges that come with it. Seeing what could be possible in the outside world.

Learning from the Global South

Dr. Tom Frieden was head of the Centres for Disease Control and before that ran New York City’s Health Department. He now runs a global not-for-profit called Resolve to Save Lives. Their mission is to save millions of people in poor and middle income countries.

Tom is in New York and has seen the devastation that the virus has wreaked on his hometown.

“There’ve been more than 16 or 17,000 deaths from Coronavirus in less than two months. For comparison in the 1918/19 influenza pandemic, there were 30,000 reported deaths in two years. So this is an unprecedented problem and I think all of us New Yorkers will live the fall out for the rest of our lives.

In our interview he makes some recommendations as to how societies in both the developed and developing world can strengthen their public health systems to cope with this virus and any future pandemics.

He references a new normal where the elderly and vulnerable may have to shelter for extended periods and where hand sanitisers and face masks are staples of everyday life.

He also talks of the role that contact testing is going to play as the world learns to live with the virus. He points out that in many ways the developed world needs to look to countries that have experienced recent pandemics such as the African states that had to deal with Ebola.

“It’s been interesting to see in many of the countries where we work in Africa, contact tracing is much better understood than it is in the US because it is something that we still do in the US but not much because we don’t have much tuberculosis here anymore. And it’s not done perhaps as extensively for sexually transmitted diseases and HIV and measles and other diseases as it might be here. But in Liberia, Nigeria, many of the countries in Africa, they’ve been dealing with Ebola or loss of fever or typhoid or other problems where they have to do contact tracing quite regularly.”

Better hygiene for all

Another person I speak to on the podcast is One Young World Ambassador Christian Acheleke, a 26 year old African youth organiser – a former gang member and street fighter he became someone who fights for peace and works with violent extremists . As Coronoavirus began to spread around the world he focused all his efforts on trying to contain the virus. Hand sanitiser was in short supply and very expensive. So along with his colleague Marc Ndele, he went on the World Health Organization website and found the recipe.

They have been freely distributing the sanitisers to poorer communities who couldn’t otherwise afford them.  Christian’s organisation has focused not just on cities but also in the south west part of Cameroon, where an ongoing armed conflict between the military and armed groups has left 3000 people dead and the survivors living in bushes.  And those same survivors are now at risk from Covid-19.

They have discovered that the increased personal hygiene has been transformative, not just in keeping Covid-19 at bay, but really improving the health of the population and keeping them from succumbing to other infections and viruses.

These are just three of the stories we tell on the podcast, tales of how enterprising and inspiring individuals are seeing Covid-19 as not just a challenge but also an opportunity to help the world recover and maybe function in a fairer more just way.

Listen in here later in the week…