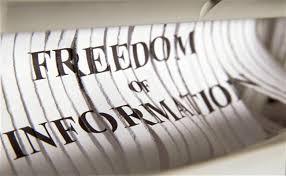 So it’s been a big day for discussing information at Hub Culture Davos.

We’re buzzing with worries about whether we’re looking towards a Brave New World – where we have information but are too distracted by banality to care or 1984 – where there is centralised control of information.

A cautionary tale on the squeeze on the flow of information from Mike Oreskes, Senior Managing Editor at AP.

“In the States, from the Obama White House down to local administrations, there is an increasing desire to keep access to the work of government away from people and journalists. More and more, journalists and advocacy groups are just trying to keep the flow of information going, regardless of whether or not they’re reporting it.”

Many believe the technology is the antidote to this, because it decentralises and democratises knowledge. Lucian Tarnowski, CEO of Brave New Talent, tries to match supply with demand. In a sense, he asks “What education or training do you need to get a job?,” and then turns to the companies providing the jobs to give the education, rather than universities.

But here’s the problem. Sometimes we ignore the knowledge that stares us in the face. We know that having more women on boards and in positions of power within companies makes them outperform those that don’t. But even though people like Valerie Germain bang the drum about diversity, the number of women on boards creeps up very slowly. From 2004 to 2012, the percentage of female directors at Fortune 100 companies has only increased from 16.9 percent to 19.7 percent.

So, do we really need all this information if we’re not making use of it? Maybe the choice has been made for us. As the fight over net neutrality has shown, those who control how fast we get information assign hiearchy to the information we receive. And, with ever-decreasing attention spans and numerous calls on our time, those with the technological superiority have the power to define what matters.

In the long term, however, we all lose. As Mike Oreskes points out,

“there is a relationship between the free flow of information, decreased corruption and increased economic flow.”