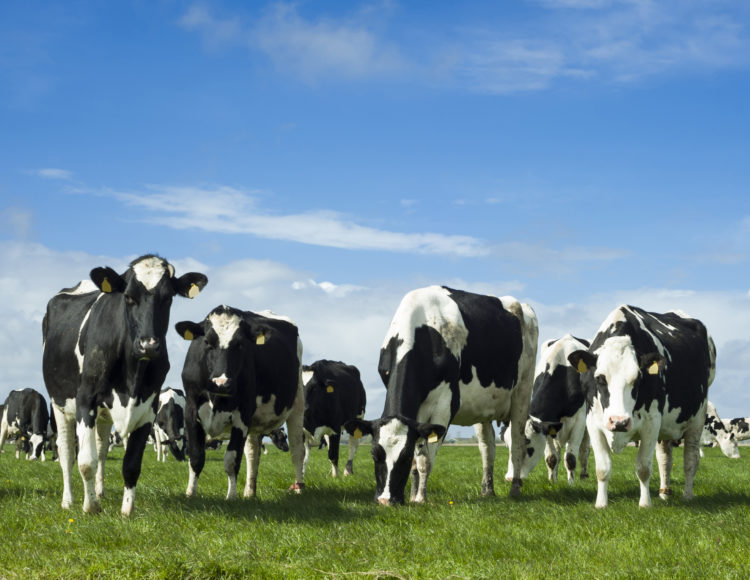 In the last month there have been two big stories about diet and climate change. The one was that the IPCC making its recommendations for tackling the issues and suggesting a move to a more plant based diet. This follows on from a report earlier this year from City, University of London, which said developed countries need to eat 80 per cent less meat to safeguard the Earth from environmental disaster.

The other got less coverage, but in the long run might turn out to be just as important. In Germany a group of politicians have come together to suggest that the country examine again its level of taxation on meat.

Whereas in the UK there is no VAT on food bought from supermarkets and stores, in Germany consumers pay different levels of tax for different food products. So, for example, on meat they currently pay seven per cent tax, whereas on other products like alcohol and fruit juice they pay more.

Friedrich Ostendorf, agricultural policy spokesperson for the Greens, one of the groups backing the move, told The Local website.

“I am in favour of abolishing the VAT reduction for meat and earmarking it for more animal welfare.”

He said it made “no sense” that meat was taxed at seven per cent while oat milk is taxed at 19 per cent.

Albert Stegemann, agriculture spokesperson from Angela Merkel‘s party Christian Democrat party, which leads the governing coalition, was open to the plans put forward by Germany’s Animal Welfare Association. He described them as a “constructive proposal.”

So if Germany, and indeed Sweden and Denmark are contemplating a meat tax to reduce consumption – what about the rest of Europe, and maybe even the US?

Its champions argue that the benefits are obvious. Nations would significantly reduce their carbon emissions while improving the health of their citizens.  Taking a strong position of leadership on this issue would counter some of the hypocrisy that has emerged out of the international outrage over the Brazilian Amazon fires.

Many Brazilians – including the president – argue that fire and deforestation are essential to keep small farmers and large ranches that export beef (and soy) to the world in business.  The G7’s pledge to help Brazil – the world’s largest exporter of beef – to put out the fires fell on deaf ears and rang of colonialism.

There are examples of governments legislating for good. In the UK the last Labour government used to harness its soft power to encourage others to make active global change – in their instance leading the way in canceling developing country debt. Their successors the Tories have legislated when they felt it appropriate – i.e. putting a levy on plastic bags bought from supermarkets which has dramatically reduced usage rates. (Sales of single-use bags by the seven biggest UK supermarkets have fallen 90% since the 5p charge was introduced.)

What about the farmers?

The opposition to a meat tax is likely to be fierce. Meat producers from Europan farmers through to multinational food producers are almost certainly likely to be very opposed to the concept, and this group wields a significant amount of political power.

There are of course other stakeholders to consider – namely the farmers themselves. Then there are voices which challenge the way that the IPCC report was described in the media. NFU president Minette Batters told Farmer’s Weekly: “Having gone through the report in detail, it is clear that the IPCC recognises the important role animal products play in a balanced diet, and when produced sustainably in low greenhouse gas-emission systems, it is actually part of the solution to climate change.

“It is therefore incredibly frustrating to see this inflated within some parts of the media to recommending a reduction of meat consumption in the UK.”

Then there is the issue with politicians who are often terrified of introducing legislation that they know will be unpopular and will smack of notions of the nanny state. Some left wing commentators have argued that the tax would be regressive as it would be a tax on the poor – which in an age of significant food bank use sounds more than a little callous. The fact too that unlike Germany, for most European nations it would mean introducing a new tax, rather than upgrading an existing one, would also make selling the tax tricky.

At the current time only Caroline Lucas and the Green party in the UK have discussed a meat tax, and even long term vegetarian Jeremy Corbyn has barely mentioned the issue.

So how do we get politicians to at the very least discuss the idea of a meat tax? Surely in most European countries it makes sense to at least propose a commission to examine the future of meat consumption and the impact taxing meat might have.

Maybe there needs to be a carrot as well as the stick. Linking the meat tax to climate change would be a smart way of achieving  this, perhaps using the income to set up a fund to help communities where freakish weather has led to flooding or drought.

There could also be war chest for tackling the key issues of the age – obesity and dementia which have links to poor diet and too much consumption of meat.

The process should be staggered. Introduce a 5% tax now with the idea that it doubles within five years and trebles in fifteen. Or focus on that meat that isn’t produced sustainably – as I do believe there is a role for ethical meat farming done with limited impact on the environment. Perhaps some of the money from the tax could be siphoned off to support farmers who ranch while measuring their carbon emissions and ensuring that all of the emissions can be absorbed by the land on which the cattle graze.

We are the last generation who can stop the harmful effects of climate change.  We in the Global North also have a role in reducing our own consumption as we prepare for a world of 10 billion people.  Asking people to change their habits and focusing on a lever to enable this to happen seems like a step worth taking.