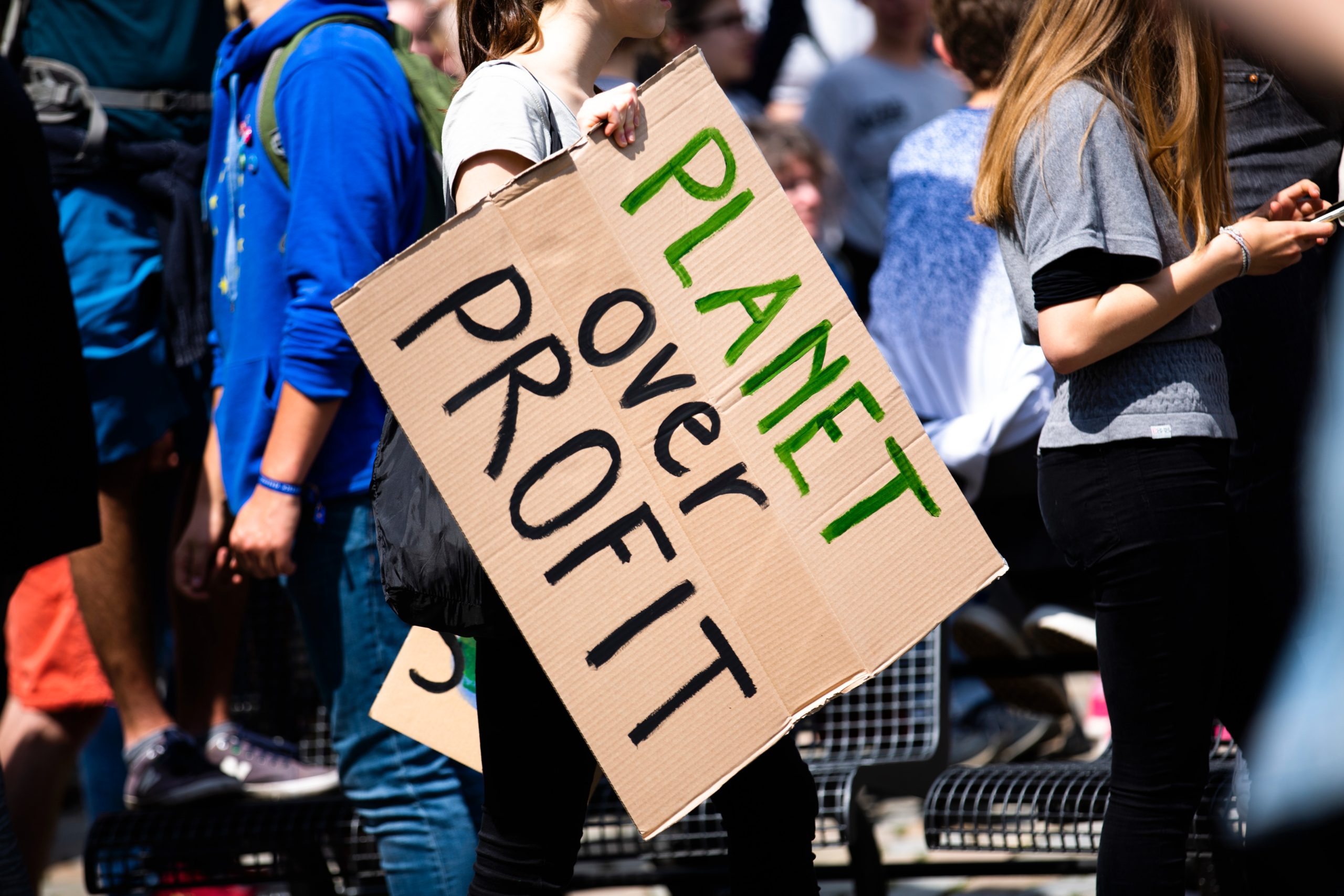 I believe that in 2020 we’ll hear a lot more about what I consider to be the most important issue surrounding climate change: namely financing the transition to a zero-carbon emission economy.

I was therefore fascinated to listen to the interview about climate change finance delivered on New Year’s Eve during Greta Thunberg’s guest-edited Today programme.  A significant shift in the debate is that activist and island and coastal region voices – that we’re used to hearing – are now being joined by those of the establishment.  In this case, the words came from the outgoing governor of the Bank of England, Mark Carney.

For more on climate change listen to the Global GoalsCast podcast here.

Carney said that climate change is a serious threat to investments and could render them worthless. He also called out the financial sector of ignoring the environmental crisis and not moving fast enough to divest from carbon-generating investments like fossil fuels.

“If you add up the policies of all of the companies out there, they are consistent with warming of 3.7-3.8C,” Carney told the BBC.

We know that this is significantly warmer (and wetter, with higher ocean levels) than the pledge of countries signing up to the Paris agreement. They agreed to keep temperatures “well below 2C above pre-industrial levels and to pursue efforts to limit the temperature increase even further to 1.5C.”

Carney also suggested that pension fund managers needed to take a long hard look at their investment in fossil fuels, as holdings could end up being worthless, even if they appear attractive now.

“They need to make the argument, to be clear about why is that going to be the case if a substantial proportion of those assets are going to be worthless,” he said.

“If we were to burn all those oil and gases there’s no way we would meet carbon budgets. Up to 80 per cent of coal assets will be stranded, [and] up to half of developed oil reserves.”

“A question for every company, every financial institution, every asset manager, pension fund or insurer – what’s your plan?” he added.

“Now $120tn worth of balance sheets of banks and asset managers are wanting this disclosure [of investments in fossil fuels]. But it’s not moving fast enough.”

Can capitalism save the planet?

The language Carney uses is noteworthy.  Talking about carbon budgets, assets, disclosure, divestment plans, and climate crisis (rather than solely climate emergency) – these are financial, business terms. They indicate taking a long, hard look at past behaviour and learning from previous poor performances to avoid similar mistakes.

Carney’s next job will be the UN’s special envoy for climate action and finance in February 2020 – I imagine the language could get even stronger when he isn’t a central banker.

The other fascinating aspect was his answer to the question of whether Capitalism is the system that can deliver can deliver the kind of future we need.  Carney responds by saying that we need a role for both – that there’s absolutely a role for public investment and public regulation.

I believe we’ll hear more about this debate this year and as we head towards COP26 in Glasgow about how to implement a higher carbon price. Without this – as I found out with the En-Roads Climate Change Solutions Simulator when I managed to save the planet  – it is going to be hard.

His intervention, underlined yet again to me how in this ‘decade of action’ – the only way we will achieve significant action on climate is if we all pull together.

This is a topic I have discussed several times, most notably this episode of my podcast Global GoalsCast. Maybe he is a listener ;-). It’s not just Carney. Goldman Sachs recently ruled out future finance for oil drilling or exploration in the Arctic and said it would not invest in new thermal coal mines (for power stations). Insurance company AXA has pledged to stop insuring any new coal construction projects.

At the end of his interview, Carney urged the world’s politicians to take climate change seriously. “We look to political leaders to start addressing future problems today,” he said.

I look forward to hearing more from Carney in 2020 – we need his help!