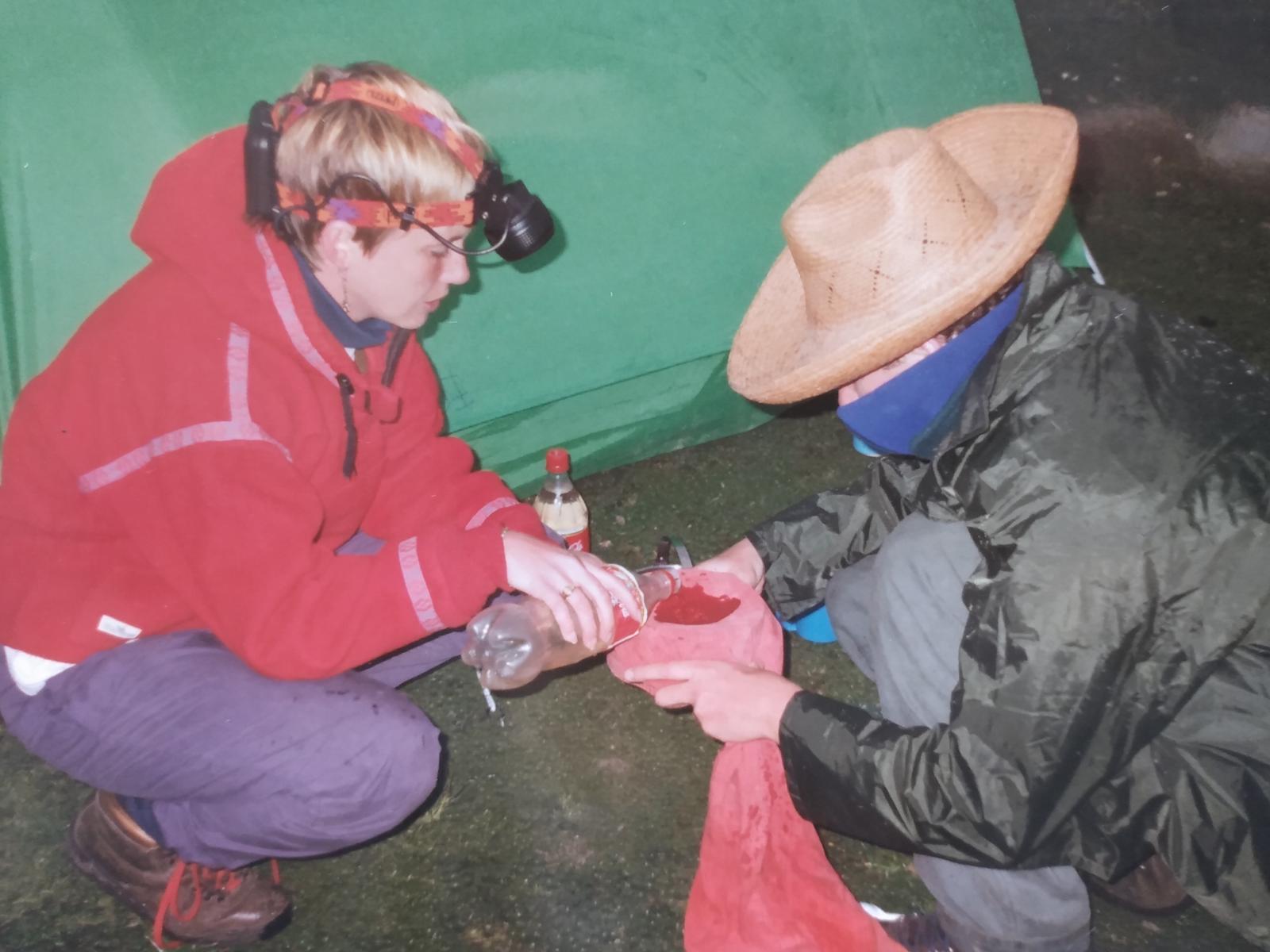 Way before I knew about the SDGs (and before they – or their predecessors the Millennium Development Goals has been invented) – I knew the challenges of drinking unclean water.

Traveling through Ecuador with friends we spent hours purifying water. Above is a picture of what water filtration looks like when you don’t have awesome clay pots from Uganda (more on that in a moment). This is me and my friend Mack pouring lake water in Ecuador through (now husband – at the time boyfriend’s) trousers in 1997. We had a two-part water purifying process. 1. Pour through trousers to remove all visible large bugs. 2. Boil!!!

So I have a little understanding of some of the challenges that people face on a daily basis to ensure they have access clean, safe water. This is some thing we talk about in the latest episode of Global GoalsCast

We wanted to find out – is it possible to eradicate extreme poverty? Here is the remarkable thing. For the first time in history, the answer is yes. So along with my co-host Claudia Romo Edelman, we talk about the new thinking about how to end the worst poverty.

You can listen in here.

Macro solutions like growth, trade and migration still matter, a lot, they agree. But so do local solutions. Tanya Accone of Unicef explains how a failed effort to involve Silicon Valley in anti-poverty efforts produced a different approach in which solutions are developed with local communities not just for them.

A good example from Uganda is Spouts of Water, which has invented clay pot filters that cost no more to use than the previous system of burning wood or coal to boil the water. Plus, Ugandans like the flavor! One of the basic lessons is that to help very poor people, often at the end of long dirt paths or isolated in slums, solutions must be designed for their situations, Accone explains. Context is crucial.

We also discuss the meaning of two Nobel prizes that connect directly to eradicating poverty – the prize in economics for the new field of research-based solutions and the peace prize to Abiy Ahmed, Prime Minister of Ethiopia, for his efforts to create stability in the Horn of Africa, one of the world’s poorest regions.

Ending extreme poverty is the first of the U.N.’s 17 Sustainable Development Goals. I point out that the idea we can even talk about ending poverty as a serious goal captures how far the world has come. Both proportionally and numerically, the number of poor people has been shrinking for decades. Much of this has been the result of broad economic growth, particularly in China.

But that’s left us with some of the most difficult situations, for example in rural India and sub-Saharan Africa. It will require sustained effort on multiple fronts to address these areas. Facts and Actions are offered in this episode by Saskia Bruysten, co-founder of Yunus Social Business, which invests in sustainable businesses such as Spouts of Water.

Ann Cairns, Executive Vice Chairman of our sponsor, Mastercard, describes their Hundred Million Meals program to keep children in school by making sure they are fed. The effort is run jointly with the World Food Program, a Global GoalsCast partner.