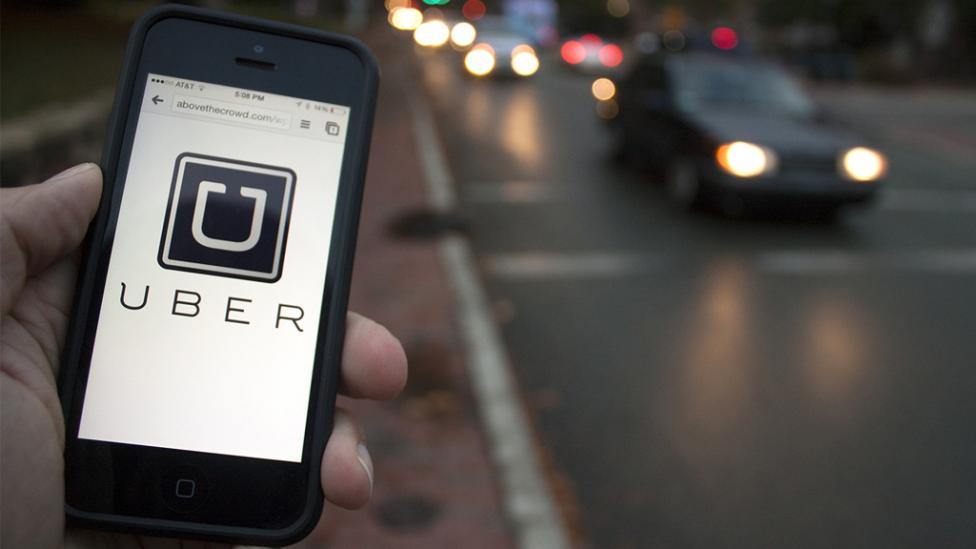 What the Uber taxi service, arriving in London from San Francisco, says about the future of commerce

WHAT if everything you owned, but didn’t use all the time, had a value? The sharing economy – supported by mobile phone applications, ratings systems and instant, digital payments – means that it does.

You can go into business renting your ladder, a seat in your car, your off-street parking place, a desk in your garden shed to someone around the corner and the space by the radiator in the utility room to his or her dog.

Like many things, if it comes from California, it’s probably going to catch on.

Last week in London my Facebook page started filling up with people who had become hooked on San Francisco’s latest export – Uber, the private ‘driver for hire’ service which formally launched in London last week. Within days, one early adopter said, “I might have to start attending Uber Anonymous. I’m in the throes of a crippling addiction.”

Uber cars are sleek and give you bottled water and magazines. Uber’s model is to use drivers who are employed elsewhere but have slack time in their schedule.  They’re all interviewed and tested by Uber, but not managed by them.

Drivers like it because they make money when they’d otherwise be hanging around waiting for an official booking. Customers like it because the drivers are rated, like eBay or Amazon sellers, making them “more helpful” than your typical London cabbie. In addition, they allow you to split fares via the mobile app if you’re sharing the ride. Currently they’re also cheaper in London, though that won’t last forever.

Uber is typical of what’s becoming known as the sharing economy –also known as “collaborative consumption” or the “peer economy”. Buyers and sellers find each other digitally and, based on rating and price, decide to do business together. If you want to see what’s coming – look west.

RelayRides and Getaround let you rent cars from owners; DogVacay lets people leave their dog in a house rather than a kennel; Taskrabbit and PeoplePerHour (a UK company) offer marketplaces for tasks – from online secretarial help to a handyman. You can even rent someone’s bike on Spinlister or their clarinet on SnapGoods.

One of my favourites comes from Europe: it’s BlaBlacar, the car share service where your profile is based on your level of “in car chattiness”. BlaBlaBla if you like to talk about life, the universe & everything or just Bla if you don’t.

So what does it mean, besides making our lives easier? Twitter user @StartupLJackson quips, “The Uberfication of everything is turning San Francisco into an assisted living community for the young.” With his message being retweeted 344 times, he certainly struck a nerve.

At the heart of it is something more exciting, or threatening, depending on your point of view. I interviewed Jeremy Heimans, CEO of Purpose, in Davos last month. He argues that the sharing economy is part of what he calls “new power” – which is taking buying power out of the hands of the old.

He points to the doyenne of the sharing economy, Airbnb, the room rental service – again originating in San Francisco – that boasts 500,000 ‘hosts’ (rooms or homes) which nine million people have now stayed in. Why is it scary?

Because, as Heimans put it, “Hilton builds buildings and rents out inventory. The value created goes back to Hilton. Airbnb’s platform distributes power. Those 500,000 hosts are getting a share of the pie.”

Forbes estimates the sharing economy will grow by 25 per cent this year – with $3.5 billion in revenue flowing directly into people’s pockets.

Despite claiming that it isn’t at war with traditional hotels, Airbnb expects to overtake InterContinental Hotels Group and Hilton Worldwide to become the world’s largest hotelier this year.

You can bet Hertz and Avis are also watching the sharing economy with raised eyebrows. Does this signify the end of hotels, car rental companies, tool hire companies, office rental companies and kennels? Maybe not yet. But should it make them pause for thought? Absolutely.