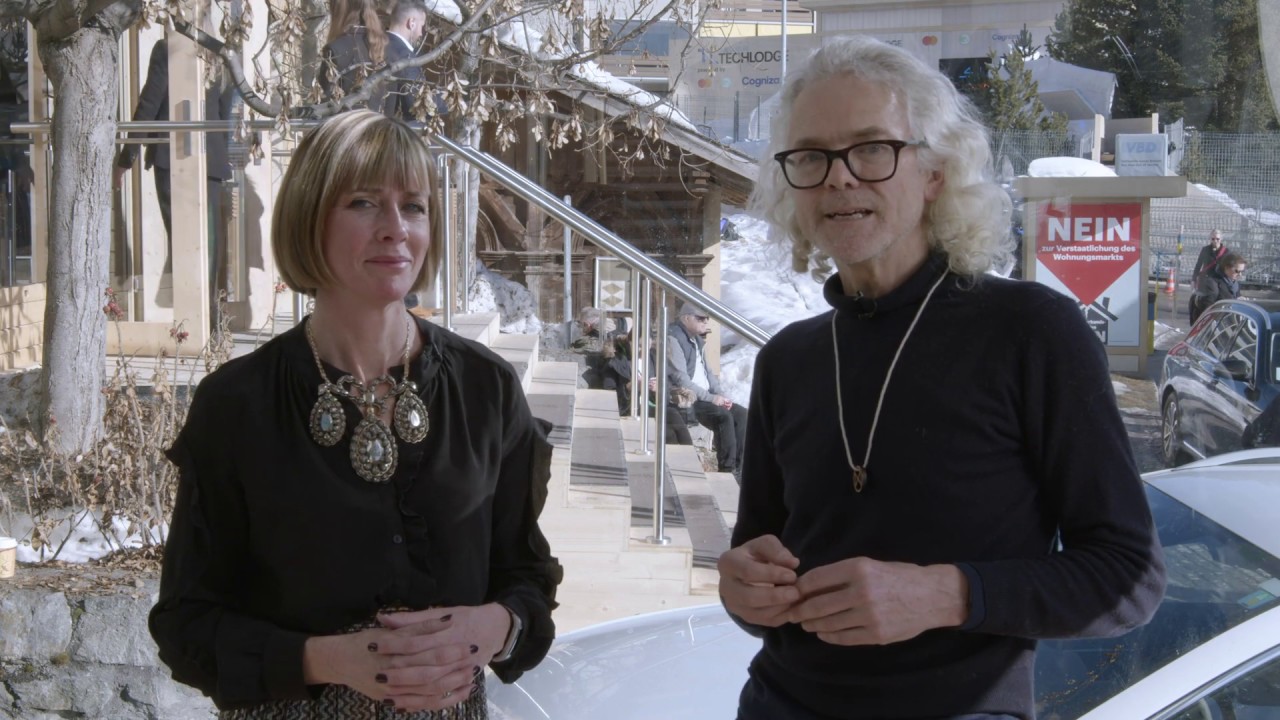 At Davos 2020 I was fortunate enough to speak to a wide variety of interesting, knowledgeable and often inspiring people about climate change. Some were economists pointing to the issues that lie ahead if we don’t tackle the problem. Others were activists putting pressure on governments to act now to reduce carbon footprints. But there were also entrepreneurs, artists and scientists each with their own fascinating take on our evolving planet.

Here are the best of the videos from nine key voices on climate change.

Dr. Gail Whiteman, Founder of Arctic Basecamp at #Davos and Professor at Lancaster University discusses the @arcticbasecamp , a science solution outreach platform, which has been on top of #Schatzalp during the World Economic Forum.

Roksana Ciurysek-Gedir, Artist and Founder of PossibleX, was once a leading European banker. These days she focuses on her art. In Davos, she spoke about her climate change exhibition at the event. Her work marries unusual materials including diamonds and gold to an innovative technological approach which places the viewer at the heart of the artwork.

Greta Thunberg wasn’t the only climate change activist at Davos 2020. Members of Extinction Rebellion were also at the event. Roc Sandford is in Davos to remind leaders there is a climate change emergency; this is no time for business as usual.

Sarah Backhouse, MD of World 50 whose members are mainly chief communications or chief sustainability officers observes that Davos has been quieter this year, and wonders if this is because there is anxiety or fear about people losing their jobs. She adds though that there is good news on climate change as business is starting to step up. Microsoft, for example, has plans to be carbon negative within a decade.

How can we fight climate change and transition to a clean economy? At Davos 2020, Jules Kortenhorst, CEO of the Rocky Mountain Institute, said that climate change is now the single most important crisis facing humanity. The good news is that humanity is waking up to the fact that this is the biggest issue that we have to address. Jules adds that we already have the tools to address the problem and outlines how we need to rapidly shift to a sustainable energy future.

Against a backdrop of bad news from melting ice caps through to Australian bush fires, Director General of the WWF, Marco Lambertini tries to find some positives. “Science has never been clearer, awareness has never been greater and we are beginning to see a lot of strong response,” argues Marco. We are at a key point where people are realising that fixing the planet and stopping climate change is in our own interest.

At Davos 2020, Aron Cramer, President and CEO of BSR discusses the annual Davos letter from Larry Fink, the CEO of BlackRock, the biggest asset management company in the world, in which he talks at length about sustainability. As Aron explains, there was a time when sustainability was the preserve of fringe investors, but not any more. #Sustainability is now squarely in the centre of decisions about how to allocate the biggest assets in the world.